My book Spirited is now for sale. Find out more

The Season of the Witch

The origins of Halloween and how to engage today

I LOVE this time of year! The seasonal shifts and changing energies are evident. The winds, botanical realm, water currents and light are on the move, and within human communities across different cultures and various dates, a series of celebrations take place, from Diwali to All Saints’ and All Souls’ Days to Día de los Muertos, to name a few. All of them in some way, are late autumnal celebrations associated with superstition, the paranormal, ancestors and the dead, the coming of winter, diminishing light and the promise of its return in spring.

Perhaps the most evident of these festivals in the western world is Halloween. It is one of the most popular holidays in the US, with one-quarter of America’s annual confectionary sales occurring around this time, and it is celebrated around the world.

However, the pumpkins, candy and spooky dress-ups are all remnants of a much older and more powerful ritual. When the last harvest was taken and the darker winter months arrived, our northern ancestors gathered to ‘go within’ and honour and receive guidance from their ancestors. This is, and always has been, the Season of the Witch.

The originating festival of all our modern-day Halloween hype is the Witch’s New Year – Samhain (Sow-ein), widely observed throughout Ireland, Scotland and the Isle of Man. This two-thousand-year-old pre-Christian festival marked the start of the Celtic New Year – the end of summer, the harvest season and the beginning of darkness and cold. This is where our new movement and expression starts, in the darkness, within.

Whilst there are still so many misconceptions, prejudices and fears around ‘witches’ (wise ones) and ‘magic’, the great irony is, that at this time, communities and families everywhere gather, dress up, feast and ‘trick or treat’, essentially celebrating in the style of the old ways, yet sadly devoid of their meaning.

So where did Halloween come from? Here are some way-finders to hopefully add some meaning to your celebrations this year and ways to engage.

A time of karma, reckoning and release

As the autumn closed out and the dark months of winter drew near, it was commonly believed that the dead walked amongst the living. Not just any dead, but those who had died with matters unresolved or who carried injustices and grudges. Bonfires were lit, as the veil was at its thinnest. The fires played a protective and cleansing role, for unwanted visitors from the grave. Late-harvest pumpkins were carved with menacing faces and lit up in windows to divert the hauntings of past folks. 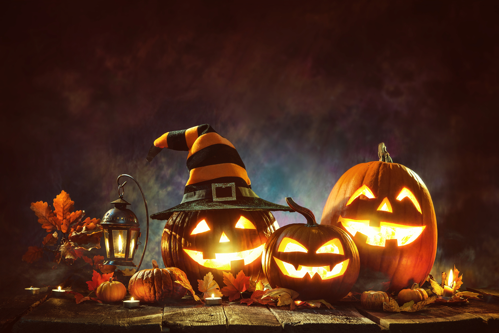 The Ishi or the Faere were also believed to be more active at this time. These non-human Elementals were considered the agents of fate, bringing bad luck and misfortune to those who had done wrong by others. This gave birth to the tradition of ‘guising’ – dressing up in costume to disguise oneself from the occasional fearsome Ishi. To conceal your identity, ashes from the bonfires were used to blacken your face (our modern-day face painting and mask-wearing at Halloween) and ‘trick or treating’ was born!

Aside from trying to lessen the impact of injustices and actions by diverting the fates, there was also an emphasis on setting the record straight, and offerings were made by burning crops to ‘clear the slate’ and also to ensure bountiful harvests in the coming spring. 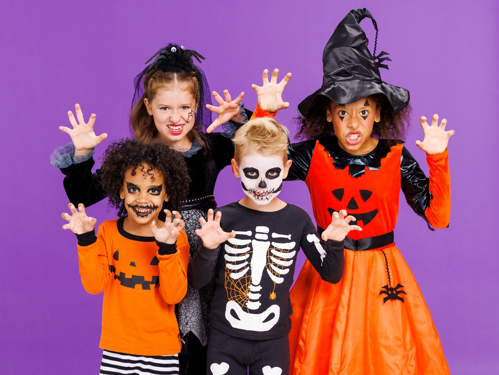 Today, this translates to making time for review: What went well? What could I have done better? When did I rise? When did I fall? How did I hurt others? Am I holding on to past hurts or perceived injustices? How am I still entangled in the past through words, actions or events? How can I let them go? What actions can I take to balance the karma of my actions?

The energies of the season support introspection and retrospection, and taking full responsibility for our actions. I do this through journaling, increased charity work and practising Ho’oponopono a lot!

The lighting of fires and candles also warmed the homes and provided a light to follow for ancestors. Feasts from late harvest foods were laid out and places were set at tables for passed loved ones. 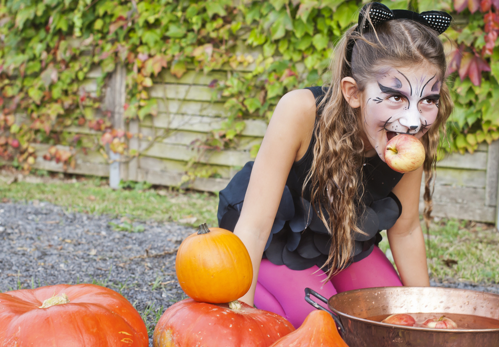 Today, this can translate to making time for family, acknowledging each other’s strengths and accomplishments and sharing stories and memories of our passed loved ones, reaffirming future generations of the positive legacies, strengths and talents gifted to them by those who have gone before. A session with a reputable Medium and also Gratitude Cultivation are wonderful practices to engage with at this time.

Samhain is also an important time for the practice of divination. The presence of spirits and Faere was thought to make it easier to peer into the future. As a new Celtic year took form in the darkness of winter, it was a time of leaning into the inner ‘unseen’ world for guidance and direction for the year to come. In the early nineteenth century, a popular divination game with American women was divining the name of their future husbands by doing tricks with mirrors.

Today, this can translate into sourcing a tarot or psychic read with a reputable psychic, or making time and space to meditate and feel into the patterns emerging in your life to carry you forward. 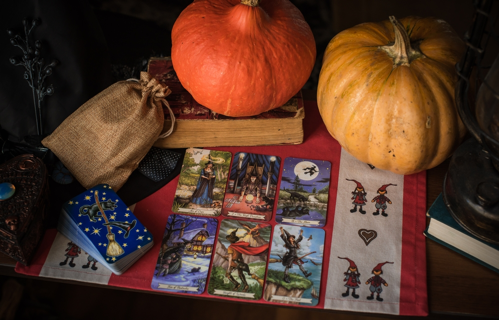 Evident through time and culture

By the time the Romans had left the British Isles in the 5th century, these beautiful festivals had evolved and were also mirrored in the Roman festivals of Parentalia and Permola. Both are reflected in today’s traditions.

Parentalia was a nine-day festival celebrating ancestors. It was celebrated in February, but its roots were firmly in Samhain, an intentional connection between the living and the dead. The last day of the festival had midnight rites considered to cleanse bad blood/karma. According to Ovid, Romans were instructed to bring offerings to the tombs of their dead family members including wreaths, grain, salt, bread soaked in wine and violet flowers. A similar practice can be seen in Spain today where special pastries known as the ‘bones of the holy’ are left on graves and tomb sites of passed family members.

Permola is the goddess of abundance and harvest, and in particular, orchard fruits, another ancient source of the prevalence of apples in today’s Halloween, including apple bobbing and gifting toffee apples.

But the widespread celebration of Samhain in our modern cultures is largely due to the Christianisation of the ancient feast in the 7th century. In May 609, Pope Boniface IV dedicated the Pantheon in Rome in honour of all Christian martyrs, and so the Catholic Feast of All Martyrs’ Day was established in the western church. The festival was expanded to include all saints as well as martyrs and All Saints’ Day was referred to as All Hallows’ Day.

In 835, All Hallows’ Day was officially moved to 1st Nov by Pope Gregory IV. As with Easter and Christmas, a vigil would be held the night before the feast day, thus all Hallows’ eve now fell on the same day as Samhain – between dusk and dawn, 31st Oct to 1st Nov.

During the nineteenth century, with the influx of Irish migrants to the US, All Hallows’ Day and Halloween were celebrated as national holidays.

By the 1930s these holidays were far less religious-centric, and community and child-friendly gatherings took precedence over church observances.

So perhaps this Halloween, knowing the ancient origins of Samhain and the enduring Season of the Witch, take a moment to honour our ancient ancestors and the beautiful legacy they have given us.

Blessed Samhain and Happy Halloween, everyone!

If you have any questions or thoughts about the Season of the Witch and the origins of Halloween, do get in touch. You can also visit my website to explore courses and useful content to guide you on your path to healing, self-discovery and mindful living. If you would like to explore more about a spirited life, my book, ‘Spirited – A guide to your innate spiritual design to transform your life’, is now available. See stockists here.

If you enjoyed this post and would like to share it, I request that you please credit Danielle Van de Velde as the author. I do not authorise repurposing or republishing without my written permission. You may email me for the same.